“Encore”, is a series hosted by Vishal Jhaveri dedicated to recognizing Desi Hip-Hop artists globally and uncovering how they discovered their sound.  This week we screen Mo Sabri – In the southern corridor of the United States lives his music.  Picture a small town – Johnson City, TN.  The railroad location reputed for bootlegged alcohol is more than a disobedient place.  It’s also noted for the 1920s Columbia Records audio sessions.  But that was forgotten with Al Capone’s distribution practices.  Almost one century later it still accumulates sound – Though not bootlegged. 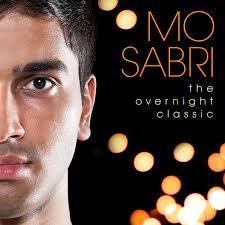 The tracks of Mo Sabri thump its streets with hopes of positive recognition.  He uses inspiration from Blink 182, Eminem, Kanye West and Matisyahu to create light but thoughtful music.  Mo Sabri faced scrutiny for the embracement of music – Even from his parents, but never quit.  So it doesn’t matter that no one felt his sound before, because his perseverance led to endorsements from Aziz Ansari, B.o.B. and Jason Witten.  He’s smashed iTunes World record sales charts and hopes to be a role model for South Asians with serious aspirations.

Inner Thoughts:
Q: What Music Means?
A: Music is a way to express myself and represent my people. I represent Tennessee and I represent Desis all over the world. I’m lucky to have an audience of hundreds of thousands but I don’t do music just for myself; I hope to be a role model for kids, because everyone wants to rap. I’m trying to show that you can do anything you put your mind to and you can make it big in music without having to sell your soul.

Q: Challenges Overcame?
A: There is a new challenge in my life every day. At first, it was trying to get my family to be on board with my music. Most Desi parents aren’t too keen to have their children be musicians. Once my family saw my drive and passion, they believed in me. And I have to do the same thing with fans on the internet and at colleges and at my shows. They see my passion and talent and they believe in me. I used to open for RDB and Lomaticc/Culture Shock and I was challenged to win over new fans at each show. Now I have the challenge of trying to be as big as possible while remaining true to my roots. There are several record labels in the American industry that are interested in me but I’m looking for the match that will allow me to be as known as I want to be, while having full creative control over my music.

Q: Self-Description Track?
A: “The Music” – It personifies music as a female and I describe how I wooed her.  It’s probably my deepest song.

Q: Current Project?
A: I am currently touring the US, we are going to announce my tour schedule in a few days at mosabri.com.

Q: Musical Aspirations?
A: I want to be as big as I can be and not limit myself. I’m not going to pretend that I’ve never thought of myself playing shows as big as Kanye or Eminem or any of them; I can see myself there. With the support I get from mainstream audiences and also Desis all over the world, I think I can be the Jay Sean of Hip Hop.

Q: Favorite Element of a Track?
A: My favorite part of the track is the lyrics. The beat and music has to be amazing as well, but there is something about words that really speaks to my soul.

Q: Best Tour Location?
A: Honestly, each show gets better than the last. I love every college that I have performed at. East Tennessee is nice because I’ve lived there my entire life so it’s very meaningful to sell out venues that I walked by every day. But I toured the UK and loved London and Cardiff, and I also had so much fun in Texas, Florida and New York.  I can’t narrow it down to just one place. Every show is my best and favorite show.

Q: Artist Influences?
A: I listen to all types of music. Some major influences are Eminem, Matisyahu, Blink 182, Kanye, and Blue Scholars. I’ve been lucky enough to meet Kanye, Blink 182, and Matisyahu during my musical journey. I hope to chat with Eminem sooner or later!

Q: Wish List Artist Feature?
A: Eminem and Kanye West. If all three of us were on a track, it would be my favorite of all time.

Q: Hottest Video Vixen?
A: I actually don’t put girls in my videos. I know that “sex sells”, but I’d rather people appreciate my music then only like a song because of a sexy woman in it. No offense to any other artist who does that because it’s just my creative choice. Personally, I want to show a positive image and prove that women are more than just objects and that they deserve respect 🙂

Finish the Lyric:
V-J: “Deceit isn’t reason for such consequences/Spit venom of pacifism through their lenses”.
MS: “I just want to be happy”.

More music is in the works for this artist!  Listeners can hear more of Mo Sabri on DesiHipHop.com.

Host Vishal Jhaveri runs Encore – A series recognizing Desi Hip-Hop artists globally.  Each article discusses the immersion of someone in this scene.  Keep it locked on DesiHipHop.com and learn how artists have developed their sound.