Lamborgini by Haji Springer is a Fan Favorite & Trending on YouTube

Kanye West had the audacity to claim that Tupac Shakur was the most overrated rapper. Most overrated rapper? Are you serious? Okay, I thought about it for some time, maybe because I am a huge Tupac fan, I might be slightly biased. But, then I did my research. But before all that, read the section below about Kanye West’s original comments about Tupac.

In a statement that’s sending shock waves across the music industry, Kanye West dissed Tupac Shakur by calling him the “most overrated rapper in history” while chatting after a celebrity showing of Jonathan Liebesman’s newest film, Teenage Mutant Ninja Turtles, at the Hollywood Theatre in Hollywood, California.

The topic of 2Pac came up in conversation when an undisclosed person mentioned to Kanye that his newest studio album, Yeezus, reminded him of Shakur’s breakout record, Strictly 4 My N.I.G.G.A.Z.

And here’s when the problem started…

“How you gonna go compare my music to 2Pac?” he said, “2Pac wasn’t no musician. He was an actor. What was he in? Juice? Above the Rim? He was the most overrated rapper in history and you come up in here comparing him to me? A real rapper…a real star.”

Tupac has fans all over the world. And, we at DesiHipHop.com, know this better than most. Our Hip Hop fan base include people from all corners of the world. And, whenever we write articles about Tupac or make Facebook posts about him, the fans share the love like it’s the holy grail. People in the middle east, music listeners in the most diverse corners of Bangladesh, teenagers in the toughest neighborhoods of India, school students in the most densely populated areas in Pakistan, all know Tupac and love the truth he spoke.

Here are some of Tupac’s most famous quotes… And here are Kanye’s most well known Quotes… 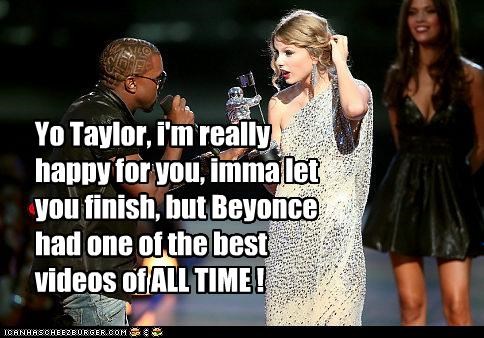 Do I need to add anything else to this list? I mean, I think my point has been made already, right? I’ll still continue…

Tupac Learned a Lot. Read a Lot. And was a student of Knowledge

Tupac loved Shakespeare. He studied him intently in performing arts school. His love of plays, in large part due to Shakespeare, led him to write a screenplay while he was locked up in Clinton Correctional. His persona, choices in life, and lyrics, the characters in his songs (yes, they were often characters, not real people to be emulated) were straight out of a Shakespearean play. All of the elements of an exciting character leading a tragic, yet exciting, life. We watched his life play out like that of the grand protagonist; an anti-hero, rooting him on in some grand street opera.

Other than Shakespeare, Tupac read Machiavelli, and Martin Luther King’s Autobiography. Other than that, he read countless books, here’s a list of 71 books read by Tupac Shakur.

And, here’s what Kanye West had to say about reading books…

Why is this important to notice? Because Knowledge is POWER. Any reader knows the wealth of knowledge you can get from reading books excessively. A non-reader is always at a disadvantage because readers will know more, learn more, understand things better. Period.

Both are Talented, but one LOVES the attention

The purpose of this article was not to bash Kanye West, but to bring light to the real truth that Kanye might not be looking at. I’m not sure if he’s blinded by his fame & fortune, or if he’s not looking at things perspectively. Both of the artists are talented beyond reasonable doubt. Kanye is an amazing producer. He creates music that most other rappers and Hip Hop artists can’t do. Tupac was an exceptional rapper. He tells stories in a way that no one else ever could. They are both unique in their own way, and as a Hip Hop fan it just disgusts me to see such disrespect from an artist in Kanye’s caliber.

Maybe this was all a way for him to get some attention. If that’s true, then I guess his mission is accomplished.

Well, at the end of the day, we just need to remind ourselves to not believe the hype, and not believe everything we read.